Welcome!  My name is Katy Brand. I am an actor, writer and comedian. Please take a look around...

'Good Luck To You, Leo Grande' has its European premiere at the 2022 Berlinale in Germany.

'Good Luck To You, Leo Grande', a comedy drama feature with a screenplay by Katy Brand, directed by Sophie Hyde, produced by Debbie Gray and starring Emma Thompson and Daryl McCormack premiered at the Sundance Film Festival to rave reviews. ('A gripping two-hander' - Variety).

-- Also this month, BBC Radio 4 have commissioned a full series of 'Influencers', a comedy written by and starring Katy Brand and Katherine Parkinson.

As reported by 'Variety' and The Hollywood Reporter, Katy has written an original screeplay 'Good Luck To You, Leo Grande'. It will film in the UK in March 2021. It stars Emma Thompson, is directed by Sophie Hyde, and produced by Debbie Gray for Genesius Pictures.

Katy appears on 'QI' as a panellist on the hit BBC2 show.

The paperback version of 'I Carried A Watermelon', Katy's homage to Dirty Dancing, is published by HQ Harper Collins on 28th May, 2020. It was named as one of The Sunday Times Books of the Year 2019.

PRACTICALLY PERFECT!  Following the success of her Dirty Dancing inspired memoir 'I Carried A Watermelon', Katy is writing a second book about Mary Poppins, called 'Practically Perfect: Life Lessons from Mary Poppins'. It will be published by HQ Harper Collins on October 15th, 2020.

*UPDATE* Due to the Covid-19 outbreak, sadly this production of Everybody's Talking About Jamie! is now on hiatus until further notice.

Katy appeared on the BBC in Celebrity Mastermind. Her specialist subject was Dirty Dancing, and she took home the coveted trophy. Her chosen charity was Bowel Cancer UK.

Katy hosted the Writer's Guild of Great Britain Awards. She was described as a 'warm and witty host who kept the pace moving nicely'.

Katy is going ON TOUR to talk about her book 'I Carried A Watermelon'. She will be visiting various bookshops and festivals throughout October and November, giving exclusive talks and readings about Dirty Dancing and her life-long obsession with it.  Check out all the dates below.  'I Carried A Watermelon' is out on October 10th.

Katy will be appearing at numerous festivals across the summer and autumn, to talk about her book, 'I Carried A Watermelon' - part memoir, part homage to Dirty Dancing.

Katy launched a brand new comedy podcast, also starring Katherine Parkinson.  It's called Women Like Us, and has been attracting 4* and 5* reviews across all platforms.  You can listen here to all the episodes as they are released. 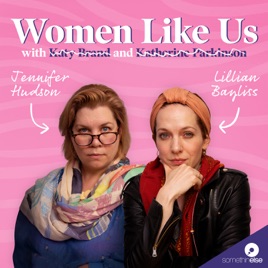 Katy played Lady Edith in a new Radio 4 drama about the Bayeux Tapestry.  'Embroidering the Truth' will be to the airwaves coming soon!

Katy's new radio show 'The Origin of Stuff' is broadcast on BBC Radio 4.

Katy interviewed Nigella Lawson for Penguin Podcast about the release of the audio version of her classic food book 'How To Eat'.

Katy was a guest artist on Midsomer Murders.  It involved a lot of blood and a lot of purple feathers...

Katy announced that she is writing a book called 'I Carried A Watermelon' - part memoir, and part homage to Dirty Dancing, it promises to be witty, warm, honest, and accessible.  It will be published on October 24th, 2019, by HQ, an imprint of Harper Collins.

Katy became a judge for the first Comedy Women in Print prize, launched by comedian, writer and actress, Helen Lederer.  She is joined on the panel by Jenny Eclair, Allison Pearson, Kathy Lette and Shazia Mirza, amongst others.

'Grandpa's Great Escape' by David Walliams, adapted for BBC1, starring Katy as Miss Verity, has been nominated for a Children's BAFTA.

Katy filmed The Pilgrimage: Series 2 for BBC2, a new prime-time commission for Easter 2019.

Katy was the headliner at the Saturday night show in the Comedy Tent at Cornbury Festival on 14th July 2018.

Katy was delighted and honoured to be a judge on the highly prestigious Women's Prize for Fiction 2018.

The winner was 'Home Fire' by Kamila Shamsie.

It premiered to wide critical acclaim and sell-out audiences.

'sharp and convincing' - The Guardian

'it has heart and lots of laughs' - Daily Mail

'3Women' is available to buy from Samuel French Ltd.

Katy was honoured to be Team Captain for her alma mater, Keble College, Oxford for the 2017/18 edition of Celebrity University Challenge.

The rounds were broadcast on BBC2 across Christmas and New Year, and saw Keble win over all, beating Reading University in a now legendary final.

Katy was thrilled be cast as Miss Verity in the BBC's adaptation of David Walliams' 'Grandpa's Great Escape', broadcast on BBC on New Year's Day 2018.

Katy's Edinburgh Fringe show 'I Could've Been An Astronaut' was at The Pleasance, 2-26th August 2017.

Didn't make it up to Edinburgh? Never fear! Katy is bringing her brand new show 'I Could've Been An Astronaut' to Soho Theatre next month!

‘Intelligent storytelling' - Times
‘Brand has an innate ability to hook the audience and tell a great story enabling her to deliver a fun show.’ - Reviews Hub

Katy toured her critically-acclaimed live show, 'I Was A Teenage Christian'.

She performed 45 dates at venues across the UK.

Katy premiered her live show 'I Was A Teenage Christian' at the Edinburgh Fringe Festival.  It was critically acclaimed and enjoyed a sell-out run across the month.  It later transferred to the Soho Theatre, where it also sold out across the week.

'Laugh out loud funny' - The Skinny 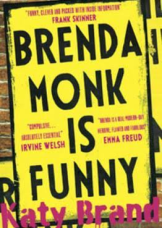 My book 'Brenda Monk is Funny' is available to buy http://www.amazon.co.uk/Brenda-Monk-Funny-Katy-Brand/dp/1783520345 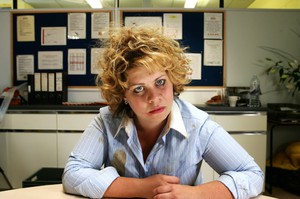 My favourite character from my sketch, Caroline, having a bad day and in need of a 'little treat'... 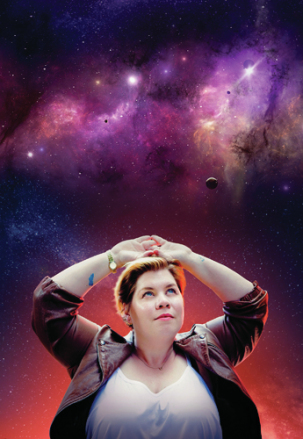 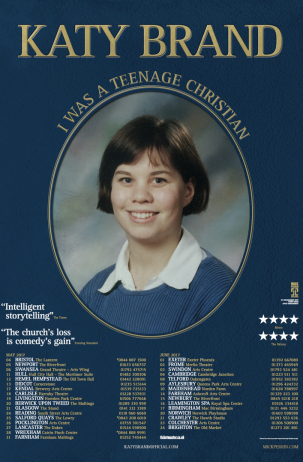 Look through my photo gallery!

Hi there, thanks for visiting.  I am an award-winning comedian, writer and actor, known for Katy Brand's Big Ass Show, which ran on British TV for three series.  I have appeared in films, TV shows, radio programmes and live on stage.  I have also written for other people's shows and for magazines and newspapers.

My novel, Brenda Monk is Funny, is available from Unbound, Amazon and both good and bad bookshops.

My play, 3Women, is availble to buy from Samuel French Ltd.

Lots going on, so please do check back for regular updates.